At BARELaser in Wheat Ridge we consult with our clients on their individual needs, perform a skin analysis and provide comprehensive treatment suggestions.  We have a variety of solutions including our Quanta Light A Star Laser, ThermoLo, Fractional CO2 Laser and professional products from DermaMedics.

As we age, the skin becomes darker, less flexible, rougher, and more leathery; lines, wrinkles, folds, pouches, and blemishes or discolorations gradually appear and/or become more pronounced; muscles and connective tissues change their elasticity; and fatty deposits and bone may be lost to produce pouches in the cheeks, bags under the eyes, sagging under the chin or a double chin, opening of pores, and other changes in the way soft tissues conform to the underlying bony structure. Changes in the vascular supply of the skin and in hair, oil and sweat glands usually occur. Collagen and elastin also affect how young skin looks. They give your skin elasticity and plumpness, but they also need to be replenished. As you get older, that replenishment process slows as well. As a result being less elastic, your skin will start to show fine lines and wrinkles.

A common skin disorder that is estimated to affect well over 16 million Americans. Symptoms include redness on the cheeks, nose, chin, forehead, chest, or scalp, small visible blood vessels on the face, acne-like bumps on the face, and watery or irritated eyes. While rosacea is typically considered harmless unless it affects the eyes, surveys by the National Rosacea Society report that more than 76% of patients said their condition had lowered their self-confidence and self-esteem, and 41% reported that it had caused them to avoid public contact or cancel social engagements.

Tan or dark, irregular patches commonly found on the upper cheek, nose, lips, and forehead. These patches often develop gradually over time and are sometimes called the mask of pregnancy because they are common in pregnant women, although they can affect anyone.

Also known as telangiectasia and varicose veins, a group of widened veins that can be seen through the surface of the skin. Their wheel-and- spoke shape tends to resemble a spider. The causes of spider veins are numerous and include Acquired telangiectasia, not related to other venous abnormalities, for example on the face and trunk, can be caused by factors including rosacea, acne, sun or cold exposure, trauma to skin such as contusions or surgical incisions, radiation exposure or chemotherapy The development of spider veins may occur at any age but usually occurs between 18 and 35 years, and peaks between 50 and 60 years. Females are affected approximately four to one to males, often in relation to pregnancy. Also, those who are involved with prolonged sitting or standing in their daily activities have an increased risk of developing spider veins.

Also called a milk spot or an oil seed, these are keratin-filled cyst that appear just under the skin. Milia are commonly associated with newborn babies but can appear on people of all ages. They are usually found around the nose and eyes, and are sometimes confused with stubborn white heads. In children milia often disappear within two to four weeks while in adults they often require removal.

Also known as acrochordon or fibroepithelial polyps, small benign tumors that form primarily in areas where the skin forms creases, such as the neck, armpit, and groin. They may also occur on the face, usually on the eyelids. Skin tags are harmless and typically painless, and do not grow or change over time. The surface of a skin tags may be smooth or irregular in appearance, and they may become irritated by shaving, clothing or jewelry.

Almost everyone has a pigmented lesion of some type. These areas of the skin contain especially high concentrations of melanin and are typically caused by an excess of pigment commonly due to sun exposure, aging or congenital factors. Pigmented lesions vary widely in size, shape and depth. Some are no bigger than a fingertip or even a pinhead, while others may be as large as a hand and occur in such conspicuous places as the face, neck or arms. They can be either raised or flat and are usually a cosmetic rather than a medical concern.

A disorder of the sebaceous glands in which they become enlarged, producing yellow, shiny bumps on the face, mainly on the forehead, nose and cheeks, and sebarrhoeic facial skin. They are commonly associated with hair follicles but they can be found in hairless regions of the skin as well. Sebaceous hyperplasia generally affect middle-aged to elderly adults and are also a natural response to pregnancy hormones.

Also called xanthoma, a skin condition in which fat builds up under the surface of the skin. They look like a sore or bump under the skin. It's usually flat, soft to the touch, and yellow in color. These deposits are particularly common among older adults and people with high blood lipids. They vary in size; some are very small, while others are bigger than 3 inches in diameter. They may appear anywhere on the body, but are most often seen on the elbows, joints, tendons, knees, hands, feet, or buttocks. Xanthelasma palpebra, a common type of cholesterol deposit, appears on the eyelids and may occur without any underlying medical condition, is not necessarily associated with elevated cholesterol or lipids.

Pseudofolliculits Barbae (also known as barber's itch, razor bumps, and shave bumps) is a medical term for persistent irritation caused by shaving. PFB is most common on the male face, but it can also happen on other parts of the body where hair is shaved or plucked, especially areas where hair is curly and the skin is sensitive.

Blemishes on the skin associated with aging and exposure to ultraviolet light. They range in color from light brown to red or black and are located in areas most often exposed to the sun, particularly the hands, face, shoulders, arms and forehead, and the scalp if bald. Liver spots are very common in people over 40, particularly in those who spend time in sun. They have occasionally been known to obscure the detection of skin cancer.

A very common skin condition characterized by areas of scaly red skin, blackheads and whiteheads, pimples, and possibly scarring. Acne most commonly affects the face, the upper part of the chest, and the back. Acne occurs most commonly during adolescence, and often continues into adulthood. For most people, acne diminishes over time and tends to decrease or disappear after one reaches one's early twenties. Aside from scarring, acne's main effects are psychological, often resulting in reduced self-esteem. Early and aggressive treatment is therefore advocated by some to lessen the overall impact to individuals.

Also called Campbell de Morgan spots, are made up of clusters of tiny capillaries at the surface of the skin. They form a small round dome, which may be flat topped, and range in color from bright red to purple. The frequency of cherry angiomas tends to increase with age. While generally considered harmless, cherry angiomas can be up to a centimeter or more in diameter, and if they are damaged, can bleed profusely.

A patchy discoloration of the skin that can be caused either by variations in pigment density (melanin), changes in blood vessels (vascular changes), or growth of foreign organisms on the skin. Mottling or mottled skin refers specifically to vascular changes in the skin which cause a patchy appearance.

Onychomycosis is a fairly common condition that disfigures and can destroy the toenail. The big toe and the little toe are the nails that are most likely to be affected. This condition is caused by any one of the many types of fungi that grow in the moist warm environment in your shoes. As they grow, they invade and feed on the protein (keratin) that makes up the hard surface of the toenails.

All of our laser technicians are licensed and certified, which although not required by Colorado, helps our clients rest assured knowing they are receiving treatment from highly-trained professionals. We look forward to meeting you and helping you look your best.

Please call us today to schedule your complimentary consultation!  If you are interested in any of the laser hair removal or skin care services offered at BARELaser, call us at 720.626.0267

We serve clients from all over Colorado in our neighborhood location in the heart of Wheat Ridge - just east of Denver's trendy & chic neighborhoods of Highlands, LoDo, and Berkeley. Our centrally located, full service MedSpa serves the Denver and Denver Metro Area including Wheat Ridge, Lakewood, Golden, Arvada, and Westminster.

Thank you for contacting us! If needed, you will hear back within 48-72 hours. 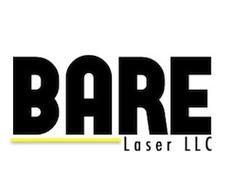 or an appointment today!